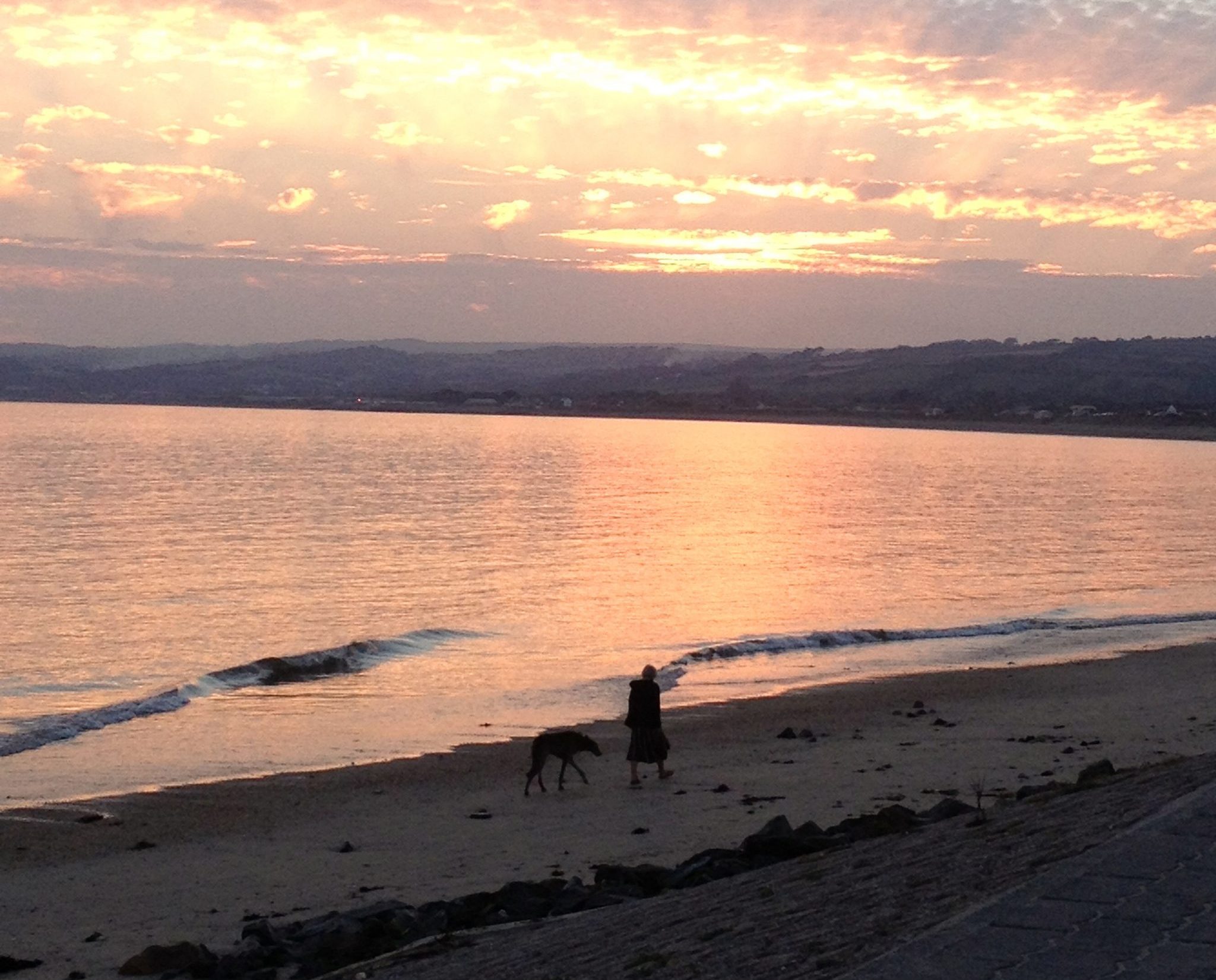 Lucy entered my life when Logan exited it. He’d been unwell for some time. We’d had many years together, our whole lives really. We met in primary school, and despite the bumpy road, we finished in our sixties. He slipped away peacefully, although can anyone really know if a person died peacefully?

It was a Tuesday. A sunny day. I’ll never forget wrapping my hand around his cold fingers like a scarf that terrible morning. I wanted to keep him warm. I had barely shed a tear when a deep barking sliced through the stillness. For a second, I thought it was an awful mistake, and Logan was alive. When I realised it was just a dog, my heart sank to the pit of my stomach. The barking was incessant. I managed to move to our bedroom window to peer outside. Our roses were in bloom, the reddest I’d ever seen them. Lucy was barking at a jogger, her grey, gangly body in everyone’s way. She barked up at our window, looking straight at me. I couldn’t see her owner, or his, I had no idea who this dog was at the time. My world had just imploded. I was about to go back to Logan’s side when Lucy barrelled her way through our broken garden gate and up to our front door. She plonked herself down and lay on our front step near the roses Logan had planted.

I kissed Logan’s cold forehead and stumbled downstairs, my mind bulging with fog. Opening the front door, Lucy shot inside, almost knocking me over. She stared up at me with large eyes as deep brown as the tea I made for Logan the day before. At that moment, I collapsed on the floor and cried until Lucy became a blur. But I felt her, breathing heavily, like a new heartbeat.

Later that day, I found out that Lucy’s previous owner had been taken to the hospital and hadn’t come home. A relative was supposed to look after Lucy, but she bolted, and in truth, that relative couldn’t look after her. I might have been okay on my own after Logan died, but I couldn’t say for sure, and somehow, I do believe that Lucy saved me. Perhaps I had saved her as well.