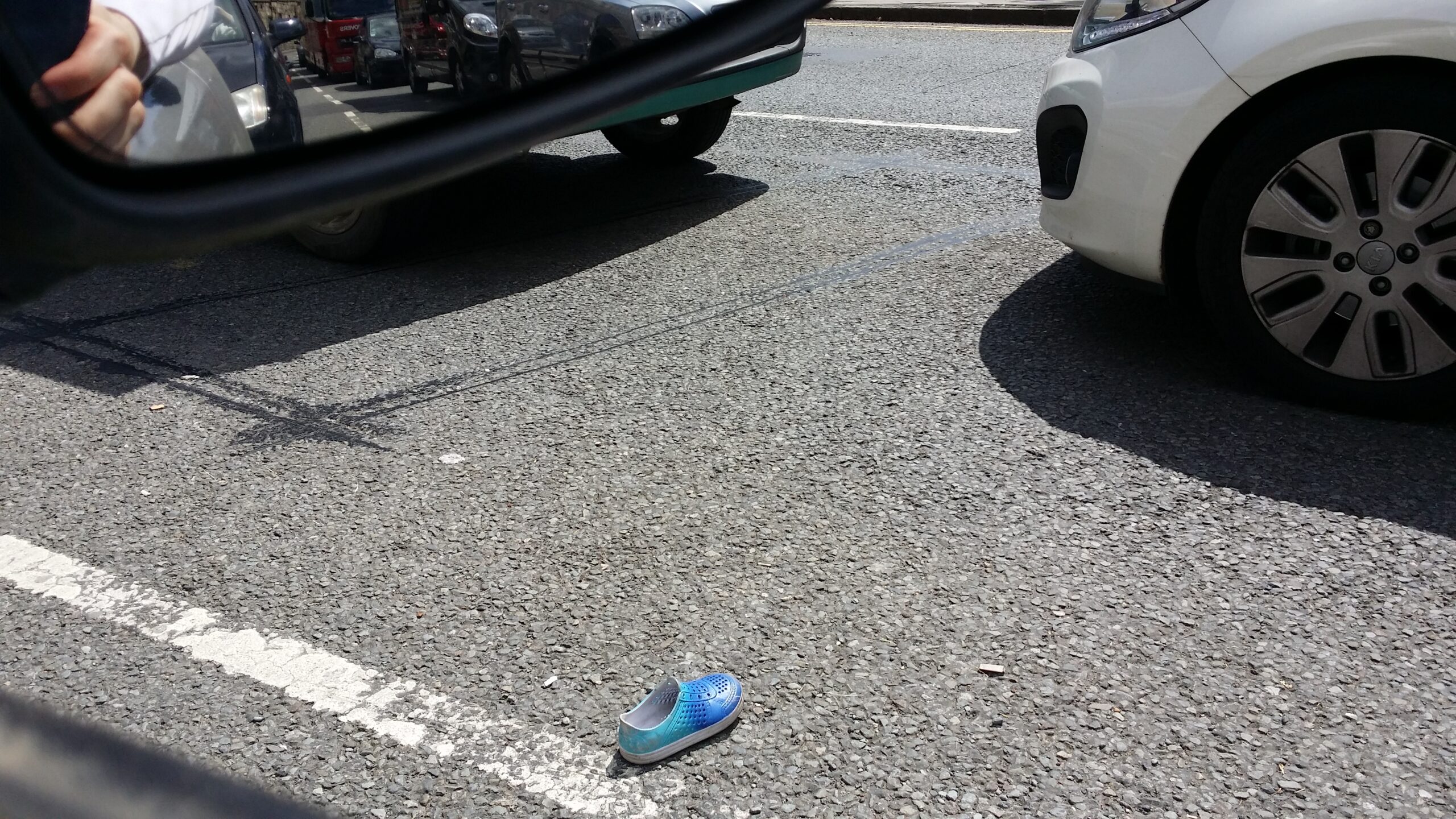 The bank holiday had finally arrived.

Tap, tap, tap went my fingers on the steering wheel.

Groan, groan, groan went my daughter in the back.

The sun glared with its unyielding rays. My son smiled at me as I glanced in the rearview mirror. His cheeks were rosy from the heat and his blonde hair was messed up from sleep. His bright blue eyes reminded me of the sea we were soon going to be diving into.

The radio hissed. My wife fiddled with the dial. Been an accident…blocked up… find an alternative route…There was a snapping argument in the car on my right. A woman slammed a door further down. A horn blasted.

“Why is everyone so angry?” my son asked.

I closed my eyes, exhausted already, wishing we hadn’t planned to go away this weekend. A car door slammed. Was there no respite?

Our son was out of the car, breakdancing on the sizzling tarmac in between cars.

I stared at him, amused. There was my son, a boy who was getting bullied at school for taking dance lessons, the same boy who dared to spin a sour moment into something sweet.

He leant on his palm, rotating around his body, grinning. My daughter laughed, got out of the car, and played some hip hop music from her iPad. Jimmy moved in such a fluid way that I was envious of his freedom, his bold spirit. My daughter clapped, watching her brother.

My wife sighed in defeat and kissed me on the cheek. “They’re not arguing anymore,” she said, pointing to the people in the car next to us. The Perfect Gift of Love